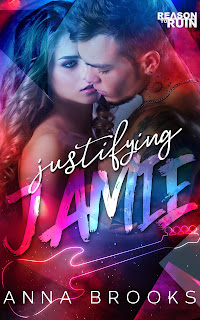 The first time I heard his cheesy pick-up line, he made me laugh. The next night, I fell madly in love. Then he shattered my world without speaking a word, leaving me with an empty heart and a hollow soul.

Still, I tried to fix what was broken, only to be humiliated beyond repair. I couldn’t believe the same man who promised me heaven so ruthlessly put me through hell with lips that once worshipped me.

I thought that was the end of us, but then a life-altering discovery threatened more than just me, and the least likely man to stand at my side was the one who refused to leave it. 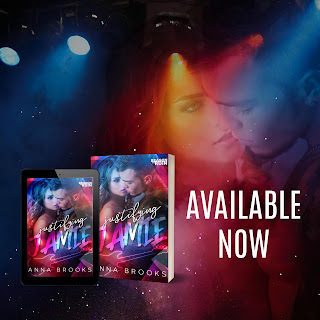 Anna began writing when she thought the world would want to hear her sick lyrics through song.Since then, she’s realized her childhood dream wasn’t so far-fetched, just misguided. Now she writes romance with real emotions and happy endings. If Anna isn’t writing or reading, she can be found by a space heater drinking a ridiculous amount of Diet Dr Pepper. She also likes to hang out with her husband and two boys. If it wasn’t for them, she wouldn’t ever leave the house.

Anna was born in Wisconsin but now lives in the Evergreen state.

Forever and One Day
by Jacqueline Simon Gunn
This is the first book I have read by this Author and it definitely won’t be my last. This book although a romance, is really a book that will also make you stop and think about your own life, those decisions we make, the lives we lead ...
tagged: 4-star-reads and arcs

Gentleman Nine
by Penelope Ward
This is going to be a difficult review. Spoiler free, oh hell so difficult when i want to shout from the roof tops !!! Amber & Channing, best friends,both have had heartbreak and devastation in their lives, Amber's one and only boyfrien...
tagged: 5-star-reads and arcs

Solace
by S.E. Cooper
Although the second book in this series, and we come across Characters from the first book, Silhouette, it is possible to read this as a stand alone. I have been looking forward to this book, and i wasn't disappointed. James Parker (Bi...
tagged: 5-star-reads and arcs

Strung
by Victoria Ashley
I loved this book, it was light hearted, sassy, sex, hot and the characters made me smile from beginning to end. It all begins with their first meeting. Teagan is spending the summer with her Brother, and isn't aware of that her brother'...
tagged: 5-star-reads

Just an Illusion - Unplugged
by D. Kelly
I WOULD HIGHLY RECOMMEND READING THE FIRST THREE BOOKS IN THIS SERIES FIRST TO GET THE FULL IMPACT OF THIS AMAZING SERIES. Wow i am not quite sure where to begin. This book and series is so much more than just Rock Stars finding the...
tagged: 5-star-reads and arcs

Theme by Anders Noren — Up ↑